The main focus of the Endocrinology and Diabetes Research team is osteoporosis, a disease affecting over one million Australians that makes bones become brittle leading to a higher risk of breaks than in normal bone.

Much of our research uses data from the Geelong Osteoporosis Study, as well as clinical data gathered through our clinical practices. Recent analyses have focused on muscle loss, frailty and the effect of diabetes on the skeleton. In collaboration with Barwon Health's Intensive Care Unit, we are also examining the impact of critical illness on skeletal health and mortality.

Our Endocrinology Clinical Trial Unit (CTU) undertakes clinical trials in disorders of bone and calcium as well as diabetes and obesity-related studies. The CTU is the Australian lead site for a study of early intervention in Paget’s disease of bone as well as studies examining new therapeutics in the management of diabetes. The CTU is national lead on the majority of its commercially sponsored clinical trials and is renowned for its start-up timelines.

GOS has documented the prevalence of osteoporosis in Australia and fracture incidence as well as evidence that hip fracture rates have decreased, possibly related to increased adiposity of the population. We have examined the influence of prior fracture and socioeconomic status on fracture incidence.  The interaction between socioeconomic status and risk factors for fracture has been explored.  The effect of various exposures to fracture risk such as rheumatoid arthritis, paracetamol use, diabetes and impaired glucose tolerance have been reported.  The GOS was among the first to report an association between selective serotonin receptor inhibitors, used in the treatment of mental illness and fragility fractures.  We have explored the bone densitometric definition of osteoporosis and generated normative data for calcaneal ultrasound, bone turnover markers and lean mass.  We have described the prevalence of obesity and overweight in the Australian population, how this has changed in the past decade and have examined the relationship between adiposity and bone health.

Our fracture data defined Australian population age-, gender-and BMD-specific fracture rates used extensively in preparation of the Fracture Summit Report, influenced the Prescriber Benefits Advisory Committee to approve benefits for primary fractures prevention and is the basis of the Osteoporosis Australia Burden of Disease Report the has provided an accurate assessment of the cost of fragility fractures in Australia.  We contributed data to the international meta-analysis that established that Trabecular Bone Score (TBS), a bone densitometry-derived measure improves fracture prediction and have continued to explore the utility of TBS in a variety of disease states.

Currently the GOS is leading the introduction of impact miroindentation as an assessment of bone fragility using the OsteoProbe RUO (Research Use Only), developed in 2012, which measures physical properties of the tibia, the larger bone in the lower leg.  We have contributed data to an international collaboration to develop reference ranges and have published data on its use to assess skeletal fragility in patients with diabetes and chronic kidney disease.

In collaboration with Assoc Prof Neil Orford, we have undertaken a randomised, placebo-controlled study to evaluate the safety of treatments that prevent bone loss in the intensive care setting.  Assuming a satisfactory safety profile, we will progress to a full scale randomised multicentre study examining changes in bone mineral density in response to antifracture therapies.  Funding is being sought for the multicentre study from MRFF and NHMRC.

Paget’s disease of bone is a skeletal disorder characterised by localised increases in bone cell activity at one or more sites throughout the skeleton.  Genetic factors play a key role in this disorder and the most important susceptibility gene is SQSTM1.  Mutations of SQSTM1 have been detected in between 40% and 50% of people with a family history of Paget’s disease and up to 15% of those who are unaware of a family history.  The Zoledronate in the Prevention of Paget’s disease (ZiPP) study is a large scale study which aims to investigate the acceptability of genetic testing for Paget’s disease, coupled with offer of targeted intervention with zoledronic acid or placebo in SQSTM1 mutation carriers.  This study addresses one of the unresolved questions in the management of Paget’s disease, namely, whether early intervention can prevent or delay the onset of complications associated with this disorder.

Diabetes is the commonest cause of working-age adult-onset vision loss and current treatments are not fully effective.  Recent studies proved a benefit on retinopathy progression with fenofibrate in type 2 diabetes: FIELD, ACCORD Lipid trials, but it has not been studied in type 1 diabetes.  This NHMRC sponsored multicentred placebo-conntrolled clinical trial aims to at least 450 participants to evaluate the effects of once daily oral fenofibrate on clinically meaningful diabetic retinopathy progression over at least 3 years in adults with type 1diabetes and existing diabetic retinopathy.

The Diabetes referral Centre was one of 2 clinical sites that contributed to a feasibility study of a novel artificial intelligence-based screening model for diabetic retinopathy in collaboration with the Centre for Eye Research Australia.  The AI assisted screening as feasible and well accepted by patients.  Future work will focus on the diagnostic accuracy, adherence to referral and cost effectiveness.

Diabetic ketoacidosis (DKA) is an emerging adverse effect of sodium glucose co-tranporter 2 inhibitors (SGKT2i), used in the treatment of type 2 diabetes.  The incidence, presentation and risk factors of SGLT2i-associated DKA have not been compared to patients with type 2 diabetes who developed DKA, but were not using SGLT2i.  We therefore undertook a large retrospective multi-centre controlled cohort study across all public hospitals in the cities of Melbourne and Geelong, with a combined population of 5 million.

We participate in the ENDIA Study, an NHMRC-funded longitudinal observational study of 1500 babies Australia-wide who have a first degree relative with type 1 diabetes. Participants include:

ENDIA researchers are investigating factors that may contribute to the development of islet autoimmunity and type 1 diabetes in children, such as:

Identifying the factors that initiate islet autoimmunity in early life could lead to a means of preventing type 1 diabetes before it begins. For more information visit www.endia.org.au.

Research in Focus: A potential new screening tool for women at risk for progressive muscle loss

Research in Focus: A potential new screening tool for women at risk for progressive muscle loss

Sarcopenia is the loss of muscle mass, quality, and strength associated with ageing. It is progressive and is linked to physical disability, poor quality of life and earlier death.

Studies suggest that sarcopenia can be slowed and side effects reduced for people at risk by early interventions such as lifestyle changes or medication. This requires the early identification of people at risk of sarcopenia, however many people who could benefit are missing out due to the fact that current screening tests are complex and need to be performed by specialists.

Barwon Health and Deakin University researchers, through their work leading the world-renowned Geelong Osteoporosis Study, recognised that people at risk of osteoporosis (brittle bones) have similar risk factors to people at risk of sarcopenia. In this investigation, they used Geelong Osteoporosis Study data to test the accuracy of a simple web-based fracture risk calculator known as FRAX in identifying women at long term risk of sarcopenia.

The study showed that the FRAX calculator is likely to predict the 10-year risk for sarcopenia with high sensitivity and a high predictability. The finding that there were a number of false positives means it is unlikely to miss many who would progress to sarcopenia.

An important advantage is that the FRAX calculator identifies risk factors without the need for specialised equipment. Given that the FRAX online calculator is accessible and already used in clinical practice, there is potential for FRAX to be considered as a simple screening tool for early identification and intervention.

Congratulations to Barwon Health and Deakin University researchers Pamela Rufus-Membere, Kara Holloway-Kew, Mark Kotowicz and Julie Pasco, whose 2019 Endocrinology publication “Associations Between Bone Impact Microindentation and Clinical Risk Factors for Fracture” has been selected for inclusion in the 2020 Endocrine Society Bone Health Thematic Issue. This special issue is a curated collection of journal articles focused on bone health that were published in 2018–2020.

In this publication, the team establishes that risk factors for fracture are associated with poor bone impact microindentation (BMSi), a way of assessing bone hardness, and would be consistent with BMSi being a valuable for assessing fracture risk.

Described by the Society as a cutting-edge, influential contribution to the endocrine community, this selection recognises the significant impact of the team’s work on osteoporosis research across the world.

Our publications continue to lead the way

Our publications continue to lead the way

Congratulations to our research team for two recent awards recognising the impact of their publications on the worldwide research effort into improving patient outcomes.

Congratulations to our latest PhD scholars

Congratulations to our latest PhD scholars

Congratulations to Dr Muhammad Amber Sajjad and Dr Pamela Rufus-Membre, who have been awarded PhDs by publication from Deakin University

Dr Sajjad’s project investigated the use of acute health services in diabetes mellitus, and Dr Rufus-Membre undertook an evaluation of Impact microindentation in men.

Participate in a Clinical Trial

To find out about clinical trials currently underway at Barwon Health, click here.

Clinical trials require ongoing investment and there are several ways to support this amazing work.

You can make a donation today and contribute to an item on our research wish list, consider a bequest in your will, or establish a lasting legacy fund in your name. No matter what size, your philanthropic support with deliver an immediate impact.

To donate now or for more information and further discuss your support, please contact the Barwon Health Foundation.

Director, Department of Endocrinology and Diabetes 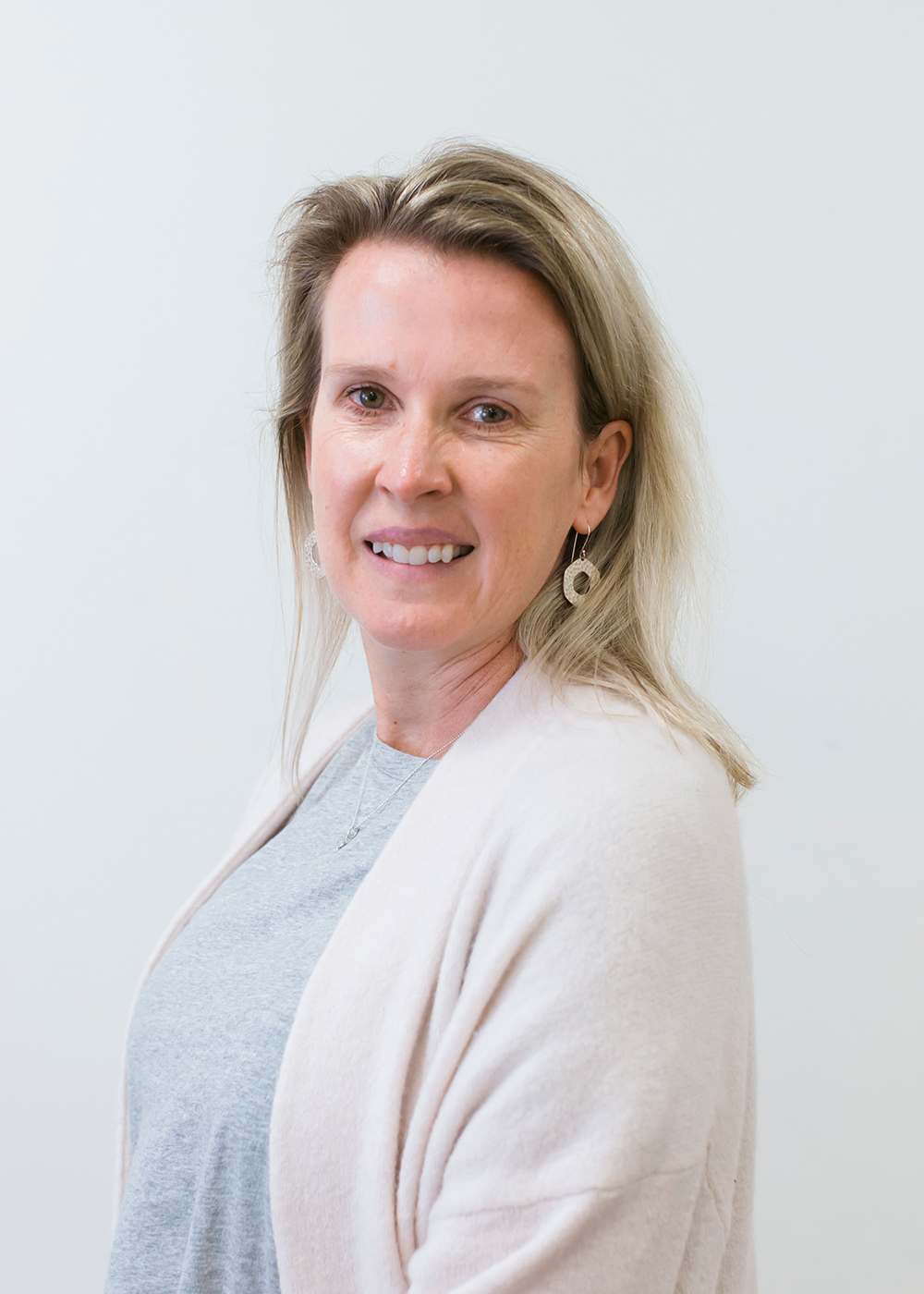